Article 2 - Why Take A DNA Test To Trace Your African Ancestry?

I thought about taking a DNA test to trace my African roots for years. Never ever getting around to it, then this year I added it to my New Year’s Resolution list at Kwanzaa 2019.

This question addresses the usefulness of taking a DNA test. The answer I found was that it depended on the accuracy and detail of the provider’s database. The more extensive the database the more you could get an idea of your ancient or modern ancestry.

Some sites just look at where your DNA is found presently in the world and so only go back a few hundred years. However, it was exciting to find other websites that looked at 500-2000 year old ancestry information and even older in some cases. This was my area of interest! So the search was on to see how much African ancient ancestry each company. I checked the number of African Ancestry DNA database sets that were used by each test provider to provide their detailed report. The majority were focused on detailing European heritage found in the tests.

I additionally noted that there are many ways in which African people are grouped, not just by country, in fact the migration of African people over millennia means that country borders created by Europeans are not that meaningful so more detail is required to see one’s heritage. Which part of Africa was my ancestors from, which language groups (see diagram) or which tribal group???

All questions that were waiting for an answer. 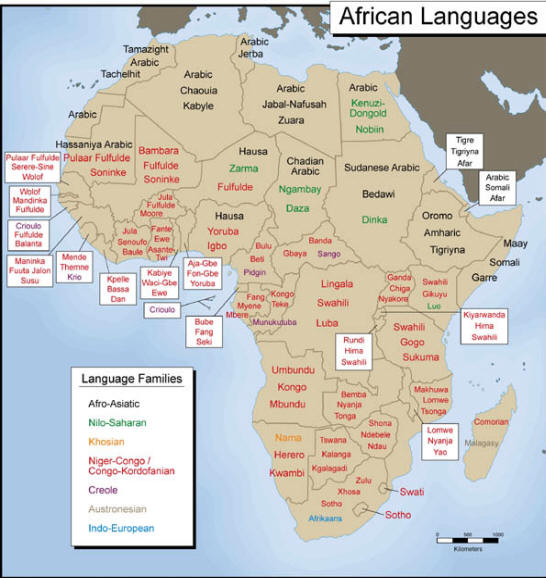 Several sites, if you give consent, will also use your DNA to find current family tree matches by comparing your DNA markers against other people who have also done their DNA test. This gives you a list of people related to you that have also registered with their services giving your family tree history a good boost. There are matches to famous people in your family line but I wasn’t really interested in what can be such distant relationships to people who are your 5th cousin!!

When I took my DNA test this year, I did get some interesting close matches to 2nd cousins on my maternal family tree who had moved country and so was unknown to my mother. She was very intrigued and motivated to do her own DNA test. This was proof for me that the DNA test was actually quite accurate to have found my mother’s cousins. So this is a useful avenue to trace your family tree with some confidence.

This website uses cookies to improve your experience while you navigate through the website. Out of these cookies, the cookies that are categorized as necessary are stored on your browser as they are essential for the working of basic functionalities of the website. We also use third-party cookies that help us analyze and understand how you use this website. These cookies will be stored in your browser only with your consent. You also have the option to opt-out of these cookies. But opting out of some of these cookies may have an effect on your browsing experience.
Necessary Always Enabled
Necessary cookies are absolutely essential for the website to function properly. This category only includes cookies that ensures basic functionalities and security features of the website. These cookies do not store any personal information.
Non-necessary
Any cookies that may not be particularly necessary for the website to function and is used specifically to collect user personal data via analytics, ads, other embedded contents are termed as non-necessary cookies. It is mandatory to procure user consent prior to running these cookies on your website.
SAVE & ACCEPT

Outside the UK Mainland? Email your order to habari@kwanzaashop.co.uk with full shipping address. Dismiss